The Swiss-based non-profit organization 1xLabs has announced a $40 million grant fund for Web3-related projects. The organization was formed by a group of forward-thinking economists with a background in traditional finance in 2019. Although it has always kept a low profile, 1xLabs has been actively investing in Blockchain since the organization's inception.

Why Web3 is so attractive to Investors

The world is in the nascent stage of a new generation of technology. Just as the internet (web 2.0) rose in 2004, rapidly gained adoption and became the hub of communication, interaction, and the global economy. We have entered a new era, the world of web3, where artificial intelligence (AI), Blockchain technology, and the Metaverse have formed a new economy.

Web 3 is a technology which is focused more on decentralization where the users and not giant tech companies are in control; a virtual world where digital assets can be traded, owned, and used online just like in the physical world.

Some have called it the internet of the future, which is undoubtedly true as web3's adoption rate is following the same trend as web 2 did over the years. For instance, Blockchain's adoption rate is over 100 percent yearly. Cryptocurrencies market cap surpassed three trillion dollars at a point as well.  Moreover, different sectors such as real estate investment, gaming, luxury fashion brands, art, decentralized social apps (DApps), etc, are not exempted from incorporating Blockchain technology to their business models.

Shrewd and visionary investors have already spotted the potential of the new tech, and are investing in developers and companies in that line by the thousand. For example NYDIG, a blockchain firm, raised $1 billion in funding, and it is not uncommon to hear of blockchain firms raising hundreds of millions of dollars as well.

1xLabs gets this as it has long been fascinated with and actively following the progress of blockchain technology. Hence the Switzerland-based organization has been very generous with investing in web3-related products although it has maintained a low profile since 2019.

This time, 1xLab's investment move has taken the form of this $40 million grant fund. All Web3-related products, including games, social DApps, decentralized infrastructure, etc are eligible to apply for it.

This grant will support early-stage builders devoted to WEB 3, even though the project is at the infant stage.

Therefore any group or individuals with a project or products under this category should be on the lookout for more details. 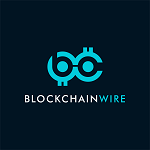