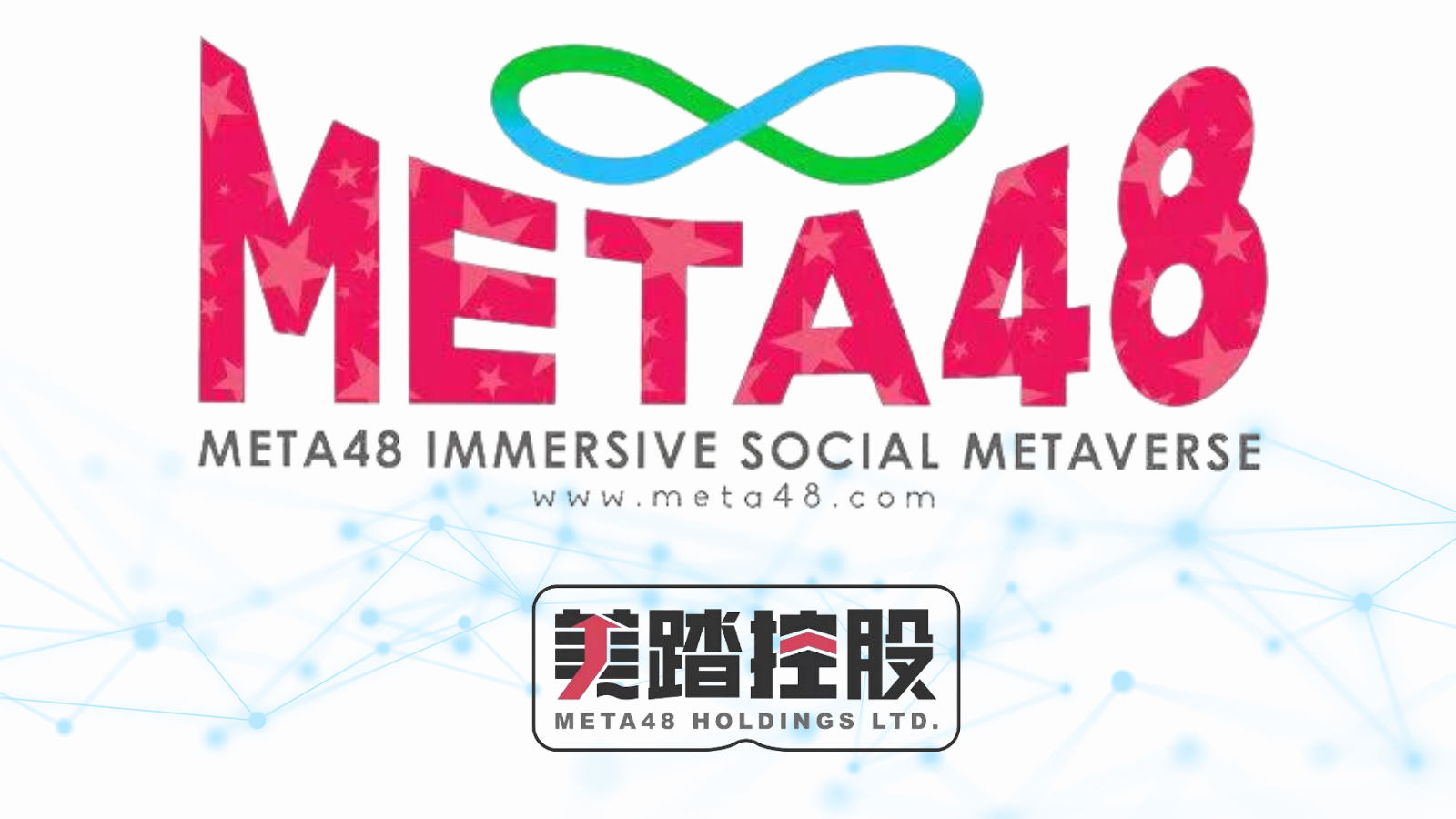 The Shanghai Siba Culture Media Group, which rebranded as the new Meta48 Holdings Ltd back in June, is representing the world’s largest youth idol girls group, the SNH48 Group, the company is re-imagining itself and the future of entertainment to celebrate their 10th anniversary.

As Meta48 Holdings Ltd., the Chinese company is transitioning its focus to Web 3.0 and XR Internet while developing an open metaverse for the users; the goal is idol development. The virtual hub provides a platform and growth system for real and virtual idols and idol groups. The new social metaverse will facilitate interaction across the categories of entertainment, fashion, lifestyle, and consumption.

The media group intends to combine its original business values with the goals of the digital metaverse amidst its reorganization and rebranding. From the entertainment of fans to visual entertainment and new brand consumption, the integration of the Shanghai Siba’s long-held values will remain unchanged as it steps into this new digital frontier.

Meta48 believes in becoming a globally-innovative enterprise group that combines an appreciation of technology with entertainment-based content creation and social interaction. Its slated meta-universe represents real value for users and offers a connective and interactive environment for all who partake in its creative process.

SNH48, the popular girl group represented by Siba, see themselves as the first O2O group working through the concept of “the process is the product.” With increasingly immersive trends permeating the Chinese entertainment industry, the adoption of Web 3.0 and XR Internet has enabled an era of incredible engagement and change. With the inception of Meta48, fan participation will usher in a transition to greater consumer co-creation, while real-world visuals interact with an XR internet-based virtual and real experience. For example, Seine River, a unit built by users of this company, will transition from content creation with users to creating assets and value with them across Meta48.

As Meta48 presents an immersive and interactive social platform, it will present co-creative opportunities for idol cultivation across fans of this community. Core assets will include virtual landscapes, virtual theaters, and real estate.

The current system’s offline theater development model is based on engagement and physical proximity. When mirrored in the metaverse model of Meta48, the system will offer a newly immersive experience for users through daily virtual theater performances and large-scale concerts. The platform would also enable handshake meetings, sporting events, fashion events, and other virtual interaction programs for fans in the Meta48 virtual theater. These experiences will be powered by idols and avatars via XR and VR technology.

Connectivity has become simple and systematic thanks to the integration of the existing theatrical model with the growing systems of the metaverse and their attending technologies. This digital refashioning also presents an exceptional opportunity for digital citizens and virtual idols to become part of a cultivation platform that promises exciting industry growth and transformation.

The Meta48 platform will base itself around various digital and virtual assets as well as a trading mechanism designed to make assets more accessible for users. The built-in market will offer a direct exchange system for those assets. This space, enabled by a Web 3.0 framework, will also encourage users to integrate personal digital collections, which can be created and operated across the virtual marketplace.

To achieve the goals of rebranding as Meta48, a complete virtual universe will include virtual cities and diverse social features and attractions for users. In these ways, Meta48 has taken up the mantle of redefining the entertainment industry in China for a new digital epoch, which includes ever-increasing interactivity through technology.

The Shanghai Siba Culture Media Group is a major player in the Chinese entertainment industry that is presently transitioning to an open and immersive social metaverse. Rebranding its holding company to Meta48, it caters to idol development while offering virtual missions, assets, and elements via Web 3.0 and XR Internet.