How to Effectively Use the Computing Power of GPU? Let’s Check Cloudia Exchange!

Over the past few years, there has been an ever-increasing demand for computational power. It was a time when the world was transitioning from conventional economic systems to a digitized and more revolutionized economy. Today, computing power is used for deep learning, video rendering, data analytics, fraud detection, in artificial intelligence, language processing and in many other areas. While previously computing power was only restricted to people and organizations that owned physical assets (GPU, CPU, hard drive etc.), now computing infrastructures can be based on the cloud. In practice, more and more people and companies use cloud platforms that act as a shared resource, instead of physical hardware. This innovation in computing infrastructure not only ensures more performance but also allows for the use of a shared resource more easily (for example anyone can connect from any place around the world). On top of that, it converts computing power into abstraction with no boundaries, more like an intangible asset that can be accessed, shared, and circulated.

When we look at IT market, we see that, high computing power is the need of the hour. Cloudia Exchange is a new project that connects people who have GPU resources with projects that need those resources. But before we discuss about the benefits of Cloudia Exchange, it is imperative to understand that, currently a lot of people's own computing power but they don't know how to use it effectively. In particular, these are people who were involved in cryptocurrency mining.

Miners use GPUs that provide them with a high hash rate. As long as they are earning profits, they are willing to pay whatever it takes to get their hands on the latest technology of GPUs. Now, let's bring some economics into the discussion. While crypto mining has driven the demand for computing power absurdly high, a shortage of supply has also led to an imperfect market situation. During the global pandemic, the world was not only going through a health crisis but also a major supply chain failure. This resulted in a shortage of microchips and manufacturers were unable to produce GPUs. Consequently, a gap between supply and demand was created until now and was not corrected. Additionally, inflation all over the world has been at the highest magnitudes in the past few months. This also has a direct impact on the prices of electronics alongside all other commodities.

Factoring all of the issues mentioned above, crypto mining itself has become extremely difficult, especially for people that are new to the business. Mining farms spread across acres of land often hoard graphics cards limiting or restricting the access of smaller miners to the latest technology. Similarly, the high GPU prices are also unfavorable for new miners. Other than this, the cost of electricity is also a major concern because of the new oil and gas crisis.

It's worth noting that, most cryptocurrency miners focus on Ethereum mining. But buying a GPU at this moment is the last thing you would do because of the changes that have just occurred in Ethereum. As an attempt to reduce power consumption and the modernization of the Ethereum environment. Ethereum has shifted from a proof of work model to a proof of stake model. This can make the use of GPUs redundant and completely disrupt the GPU market. That’s why many miners looking for transition their rigs to work on AI and cloud computing projects.

To get ahead of all of this, Cloudia Exchange offers a win-win situation for both GPU owners and people/institutions that require high computational power. Cloudia plans on connecting both of these sides where they can profit from each other under the only condition that ownership of these GPUs or other computational resources remains unchanged. In other words, the platform would create a pool of resources where people can chip in and earn profits while still claiming ownership of that piece of hardware. 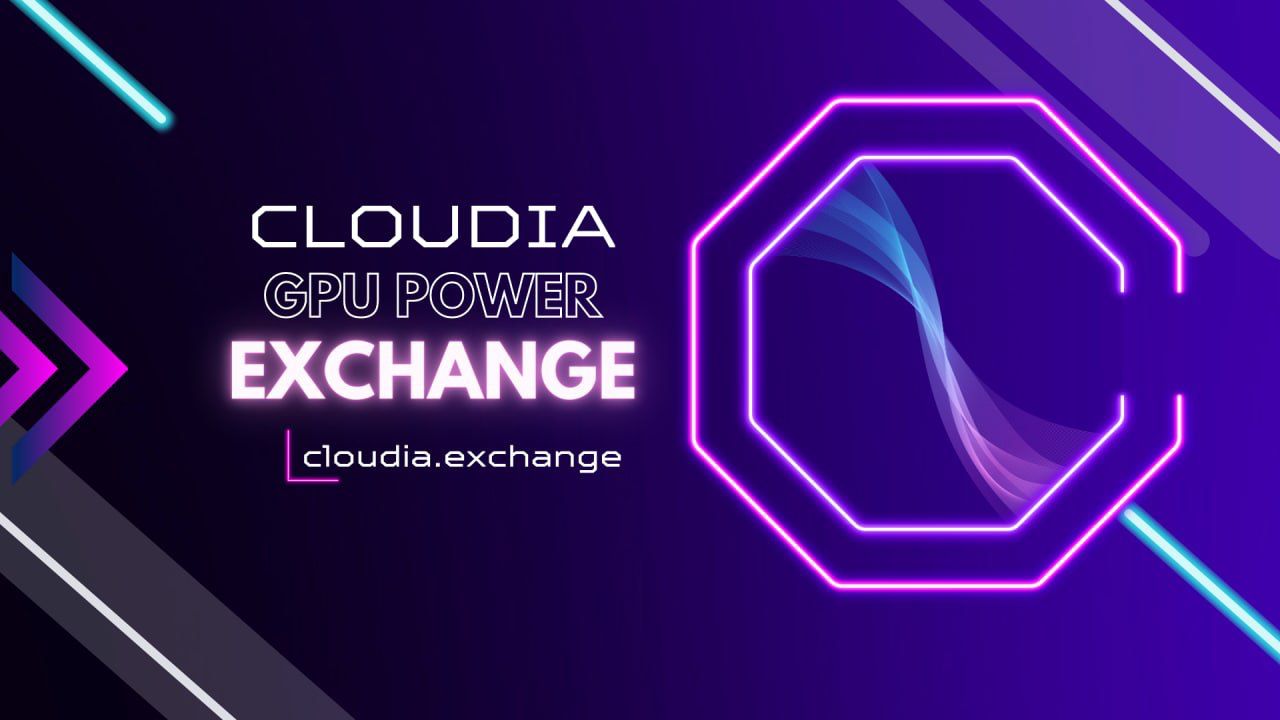 Cloudia Exchange will be integrated with the blockchain. In other words, you will be able to log in to the platform with your wallet and be able to use all the features instantly. At the same time, you will be able to pay for computing power directly with cryptocurrencies, with lowest transaction fees and instant process. In result, Cloudia Exchange would integrate the resource owner and the people who need computing power and it would allow fluid payments between both the parties.

In addition, there will be a possibility to use staking platform. It will be a solution for passive income for token holders.

In conslusion, Cloudia Exchange envisions a future where renting GPUs or cloud computing is done seamlessly and does not require any hassle. The platform operates on minimal fees and wants to connect people that have hardware and people that need computing power.

More information about Cloudia Exchange at:

Bitcoin Cash Jumps 10% Ahead of Optimistic May Hard Fork