Fellaz, a multichain Web3 entertainment ecosystem, recently announced a partnership with UC Global, a lifestyle and entertainment company based in Seoul, to build out Web3 infrastructures and experiences for massive events like Ultra Korea. 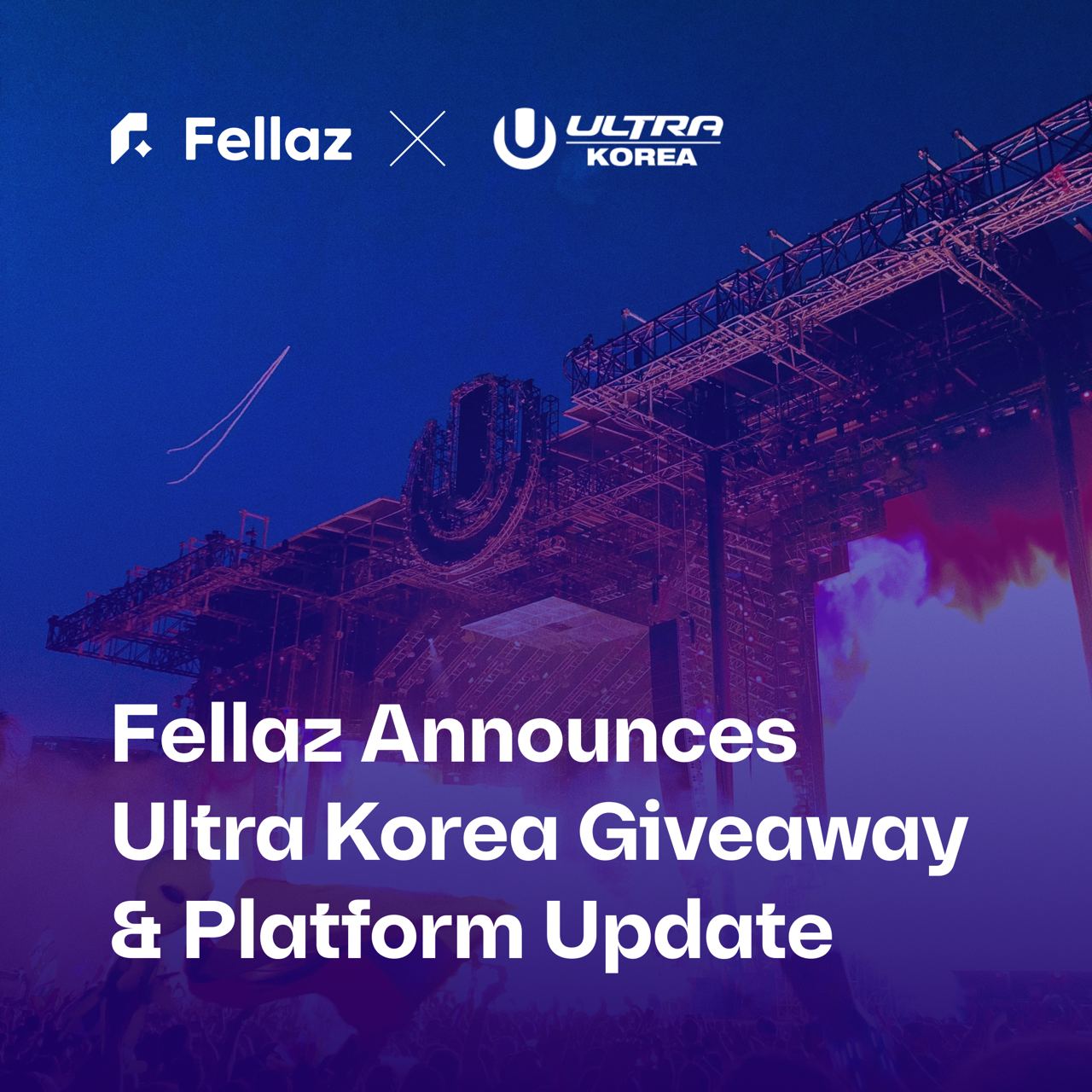 UC Global produces global music festivals in Asia like Ultra (the worldwide edition of Ultra Music Festival) and Wanderlust in 12 countries and territories in Asia. As Ultra Korea quickly approaches, the Fellaz team is holding an online-to-offline event to promote their platform to a wider audience and to bring Web3 to music festivals.

In addition to being a main sponsor for the event, Fellaz plans on promoting the benefits of Web3 to a wider audience by building an infrastructure for community-building prior to and during the festival. Seeing an opportunity to build better communities for fans of dance music, the team has been developing new features that can help fans and artists create their own communities on Fellaz’s platform, Fellaz.xyz.

For Ultra Korea attendees and the millions of dance music fans around the world, Fellaz has opened several communities for each headlining act so that fans can communicate and interact prior to the start of the event. Fellaz hopes the event will provide insight into what fans want from the online experience of community engagement to the in-real-life (IRL) experience of attending a music festival. According to Fellaz’s marketing team, “We noticed that festival goers' experience only lasts during the time they are present at the event, but at Fellaz, we thought about what we could build to enhance the experience before, during, and after an event like Ultra Korea.”

To bring this vision to life, the team will be holding an online event for people interested in attending Ultra Korea. The team will be giving away tickets to fans who actively participate in the online event. Fans can share their opinions on the headliner DJs, create content, and interact with other participants. The team plans on extending the experience from the online communities to Ultra Korea. After the event, Fellaz hopes to extend its service offerings beyond community building and is working with UC Global to bring a new Web3 ticketing solution to future events.

Apart from Ultra Korea, Fellaz has made several updates to its platform by adding features that will assist users as they make the leap to Web3. Fellaz has also upgraded its platform to accommodate upcoming events like Ultra Korea and other future musical festivals. In the coming months, the company will be introducing new features to bridge the offline and online experience of enjoying music at home and at festivals through community-enhancing functions.

Based in Singapore, Fellaz is a multichain Web3 entertainment ecosystem providing content production and distribution for the metaverse, an NFT solution for artists, and a decentralized community-building infrastructure. Alongside its network of global partners, Fellaz is a one-stop solution and ecosystem designed to help businesses, creators, and fans transition into the Web3 entertainment space by taking the best from the metaverse, decentralization, and NFT blockchain technology and integrating them with original content and Web3 diversification.