Covival, the first tower defense Web3 free Play 2 Earn decentralized game, has announced multiplayer gameplay. The company has also announced that it will give NFT and Metaverse elements that are set in a sci-fi world. 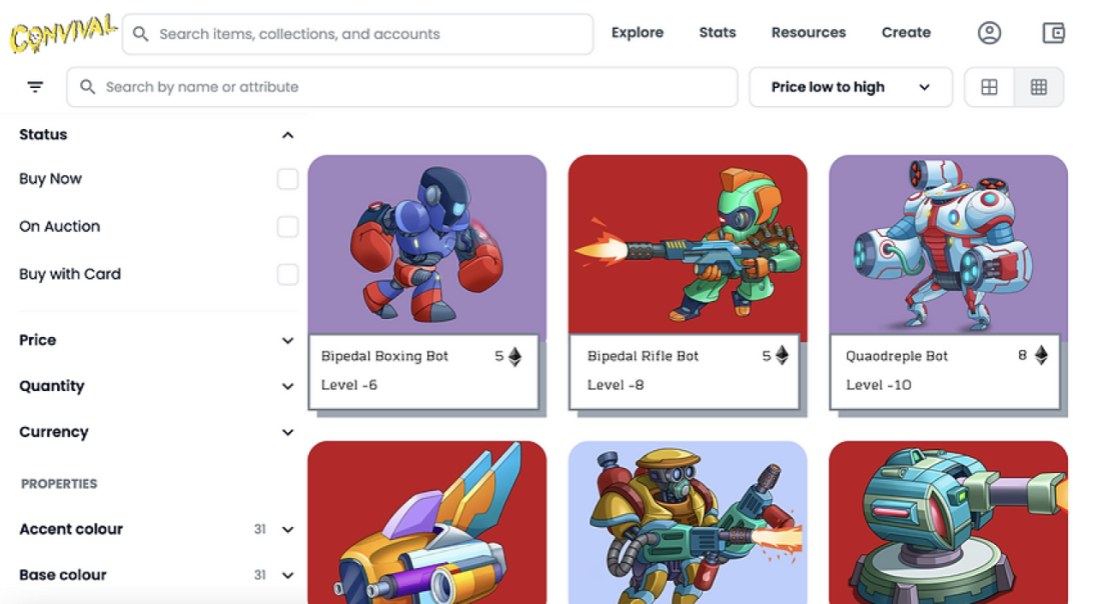 The convivial.io will allow players to build their battle deck and have real-time battles with enemies. Users can also play these multiplayer battles with their favorite Robo Sci-Fi characters. By using a Play-toEarn model, the game will go against the traditional model of selling games and instead reward players.

While explaining how the game would work, the company said that each player would be given 8 of the most common cards in its lowest tier. The characters and the cards will both be considered individual NFT units. Additionally, THe game will also have $Bliss as an in-game token currency built on ERC-20. This currency will serve as the basis for all transactions within the game.

The company has said that it will also have an NFT marketplace where all NFTs in the game, the character cards, and their upgrade cards will be traded. By connecting metamask wallet, users will be able to trade the NFTs directly from their inventory.

The Convival explained further about the game’s multiplayer model; the Convival said that it is a F2P Play 2 Earn MetaFi game and will be integrated with Crypto economics. The players will earn rewards after each match in the form of coins.

Convival has also announced competitions where the company will hold leagues, Championships, tournaments, guild leagues, and rivalry to attract more players. Every player has trophies; after each match, the trophy number changes based on how they performed after each game. These trophies will be used to put these players in leagues and championships.

According to Convival's roadmap, it is currently in the process of implementing its go-to-market strategy. The company intends to complete the gameplay and mechanics of the game by Q2 of 2022, followed by finalizing the features. In addition, Tokenomics, characters, and a mini teaser are also on the verge of completion, along with the Convival Fi (Vesting, Staking, and DAO).

For the Q3 of 2022, Convival will start preparing for the phase, which will launch the NFT marketplace, followed by the first NFT sale. Continuing the release schedule, the company will release the game in Q4 of 2022 for community testing and begin the private rounds. The players will also be able to buy treasure chests and other equipment sales in the NFT marketplace.

A Convival is a free Play 2 Earn Tower Defense Game set in a sci-fi world where robots are used for sport. The game will feature conventional multiplayer gameplay with NFT and Metaverse elements. Aspiring to fame and glory can be achieved by using robots in the matches! Multiplayer online battle arena, tower defense, and collectible card games are included.

CBDC Development Necessary for US to Remain Competitive, says Congressman