The Contract Nation team is proud to launch its Global Blockchain Incubation Platform. The spirit of contract, derived from ancient Greek civilization, is a significant foundation of human civilization. For thousands of years since ancient Greece, always have people focused on the trust and freedom, no matter in the sectors of politics, economy, philosophy, or culture. The great human thought makes the eternal night gorgeous. People are inherently pursuing the freedom and abandoning the control of the trust center. 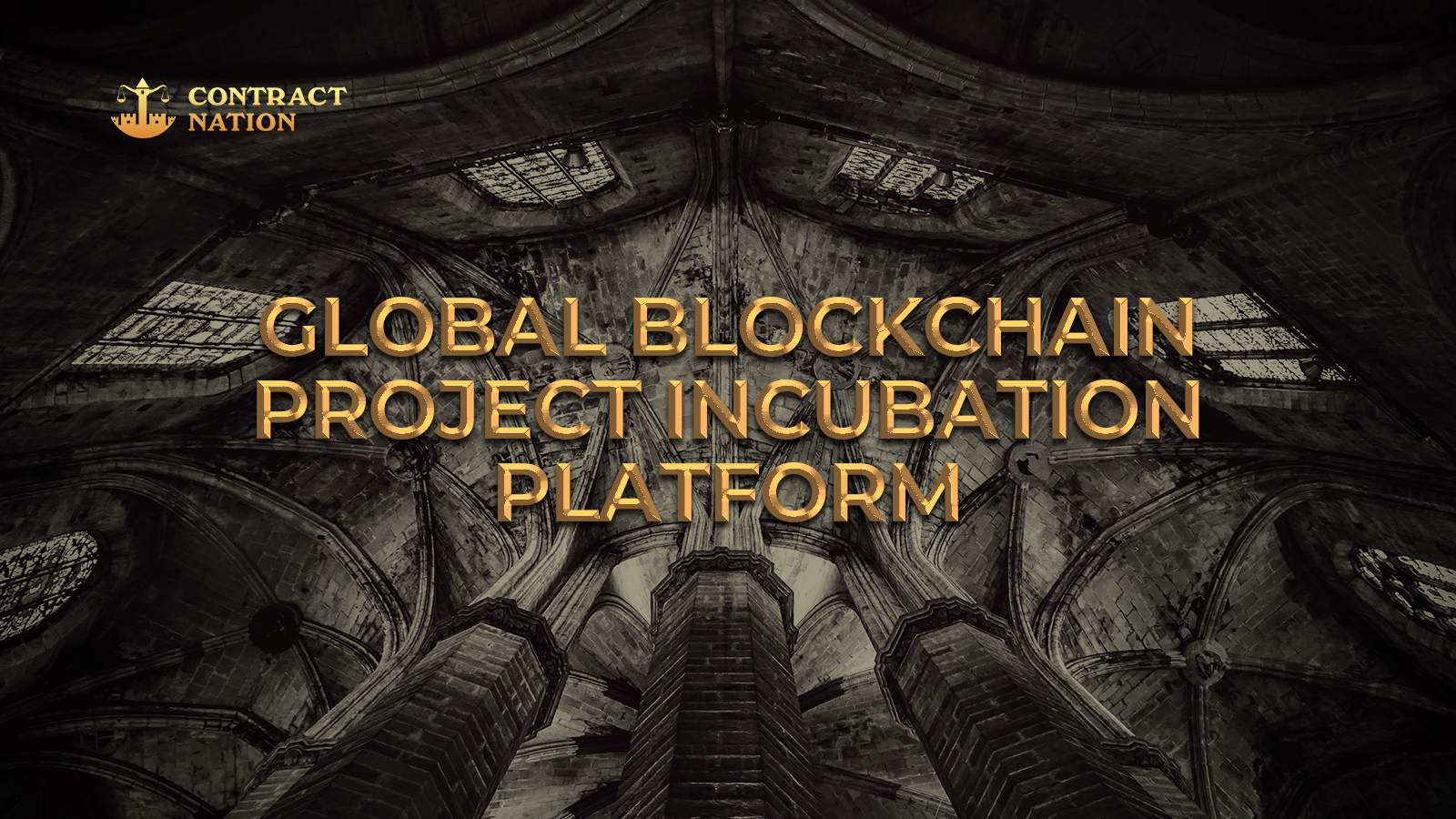 "Trust" significantly underpins the human organization and social collaboration. People are committed to adopting different techniques, legal systems and organizational methods to build collaborated "trust" in various sectors, which has also become the first cost source of social and economic collaboration. When people are endeavoring to pursue the "trust," it also establishes trust from different dimensions such as "legal system", "technology" and "community."

Like the currency as the most powerful tool in our history course, whose essence is a social contract, consensus, and the result of rational choice of individual economic events. Commodity as money it is, it has more marketability than do other commodities.

The currency is reputed as "a token of exchange" by Plato. Plato has long deemed currency as a token, which is the same term as the token used in the modern blockchain.

When we come back to the modern era, the society has entered the era of information explosion, and the trust between people encounters a crisis, so people use contracts to bind both parties, thereby making their own direction and others feel at ease. It can be said that where there are people, there is a contract.

In fact, as the digital economy advances, the development path to trust will be increasingly clear; With the advent of blockchain, it has brought us a new decentralized and trustless digital contract solution.

Contract Nation, as a global blockchain incubation platform, focuses on integrating the global incubation market through the blockchain mechanism. By linking the blockchain mechanism with incubation, it connects start-up projects, investors and service suppliers, which includes incubation into the global "digital credit society" layout, and advances the economic development through incubation market. By doing the above, it ensures that the start-up project owners, investors and service providers can benefit from the Contract Nation Blockchain Incubation Platform, thereby building a sustainable and win-win incubation ecosystem. Meanwhile, Contract Nation's own business model also features the human-like hematopoietic functions.

Address the trust crisis and assist the germination of blockchain projects

Contract Nation, an incubation platform to connect the global resources for enterprises and individuals, links diversified world's projects, companies, individuals, companies, individuals and service suppliers through the advantages of social functions. It incubates high-quality projects and utilizes the Eternal Contract (ERCT) as the transaction medium, thereby providing all-around services for each start-up project while establishing the complete the credit system for the users through the transaction records, user feedback and market evaluation.

Currently, the platform has acquired the America's MSB license, which can provide accurate services for start-up projects worldwide through the smart contract of the Contract Nation with professional compliance operations.

ERCT (Eternal Contract) token refers to the internal unit of value created by the Contract Nation Platform to manage its business models, with a total issuance of 0.21 billion. It efficiently connects the users and terminals, which is a significant value connection means for platform incubators. As the number of users and communities increasingly grows, the success of the Contract Nation Platform will be reflected in the ERCT token price.

What the Contract Nation brings is both the reshaping of trust in blockchain industry, and a decentralized and trustless free world. It presents us a fair, free and impartial social and economic ecology. Contract Nation desires to elaborate the long-term significance of decentralization, letting them understand the precious contract and freedom, as well as bringing the true wealth security, wealth appreciation, and wealth freedom to our planet.